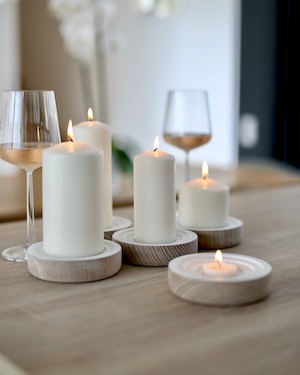 Karen A. Lockett, age 61, longtime Fairfax resident, joined her mother in heaven Thursday evening, March 31, 2022. Following complications from a blood clot, she passed peacefully at Hillcrest Medical in Tulsa, Okla. with family by her side.

Born on Monday, February 27, 1961, in Fresno, Calif., Karen was the daughter of Coy Gene and Kathryn Ann (Carver) Hicks - having one older brother and one younger sister.

Growing up in California, family friends often called her "Kat’s" daughter, a name she answered to proudly. She attended Hilmar schools and graduated with the Class of 1979.

One week before her birthday, on Friday, February 19, 1982, Karen gave birth to her only child Nicole Michelle. She began working for Turlock High School as a cafeteria cook in 1988. In 2001, following the departure of Nicole into the Air Force, she moved to Fairfax, Okla.

In 2006, Karen added a new name to her list of titles, mother-in-law and grandma, when Nicole married Ryan Hubbard and gained a granddaughter, Chloe.

On Saturday, July 7, 2007, Karen Ann and James Scott Lockett were united in marriage in Fairfax. Karen and her sweetheart "Goober" had celebrated 14 years of wedded bliss this past year. She retired from the school soon after.

On Saturday, October 16, 2010, Karen added another new title when Harper Rian was born. She was then lovingly referred to as Grammie. She was there from the very beginning to help take care of and love her newest baby girl.

Among Karen's various interests were cooking, sewing, crafts of any sort and her most favorite - spoiling the grandkids! She belonged to the American Legion and it was no secret she loved shopping/ordering from Amazon. Her most memorable traits will be her infectious, be it loud, laugh and her ability to never meet a stranger. That laugh may have embarrassed her daughter for a time, but eventually became one of her favorite things about her Momma.

She is survived by her husband of the home James Lockett; one daughter Nicole Hubbard and husband Ryan of St. Joseph, Mo.; her father Coy Hicks of Fairfax, Okla.; granddaughters Chloe and Harper Hubbard; brother Donald Hicks of Orangevale, Calif.; sister Deborah Gutierrez of Poteau, Okla.; countless other loving family members and friends; plus, longtime friends from California.

Memorial contributions may be made to John 3:16 Mission at john316mission.org or Juvenile Diabetes Research Fund at jdrf.org

Arrangements are in the care of Hunsaker Wooten Funeral Home, Fairfax, Okla. Condolences may be expressed to the family online at: www.hunsakerwootenfuneralhome.com

Known and loved by very many, Karen will be sorely missed and long remembered.

To send flowers to the family, please visit our floral store.

A Memorial Tree was planted for Karen